Before Colour Was Invented 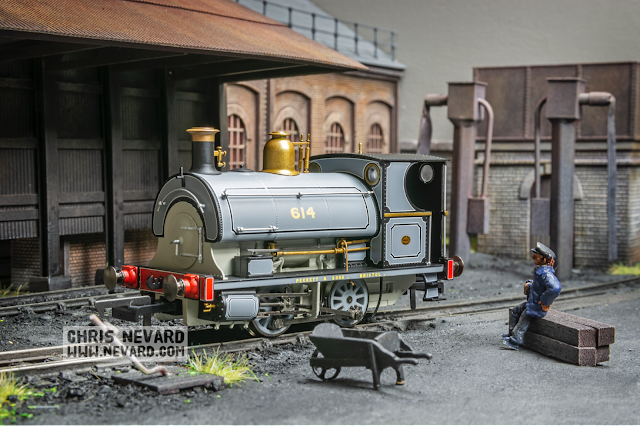 Monochrome Monday (almost). In the UK before colour was invented in 1954 at the end of wartime food rationing, unless you were American or an abstract artist, you could most likely only see in monochrome. For this reason locomotives were painted in black and white, and of course all the shades of grey in between. If ‘colour’ did appear, it was thought to be an anomaly most likely caused by some kind of chemical reaction with the inside of the paint tin.

Despite this, in Little Britain a few could actually see in colour before 1954, but the good old British ’Stiff Upper Lip’, ensured that we had the power to ignore such nonsense as ‘colour’, for as I’ve already said, was only for those pesky Americans, flamboyant bohemian artist types and regulars of the Soho jazz club scene.

From the mid 1950s, colour slowly started to appear, but was treated by suspicion by the establishment and tweed wearing types. It actually took ultra finescale railway modelling types another 40 or 50 or so years until they accepted colour, with the Model Railway Journal being the last bastion of the model railway press to embrace that ‘colour fad’ when it moved over from hand scribed slate to paper to save with postage costs.

And finally, that’s Arthritic Arthur sat on the bench made of sleepers, as he takes in the wonderful locomotive lining job he’s just completed - in black and white of course!

If you enjoy these posts, please support me at www.buymeacoffee.com/Nevardmedi3

Posted by Chris Nevard Model Railways at 9:28 am