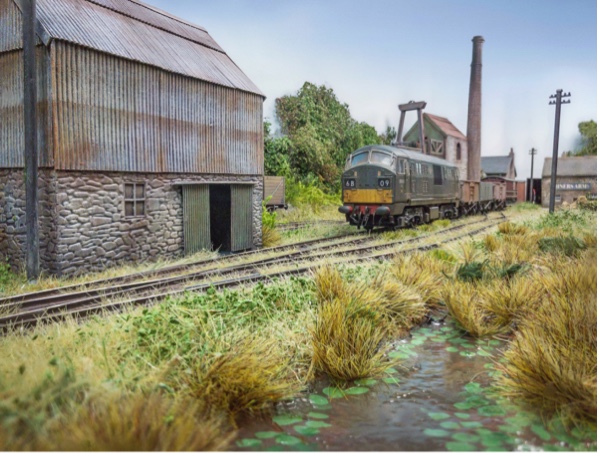 This weekend's progress. I've been stuck at home with Norovirus (probably picked up at some music jam I imagine - my other interest), so with certain facilities being nearby an ideal excuse for a bit of Model making. These latest grabs give an idea of how it's all going. 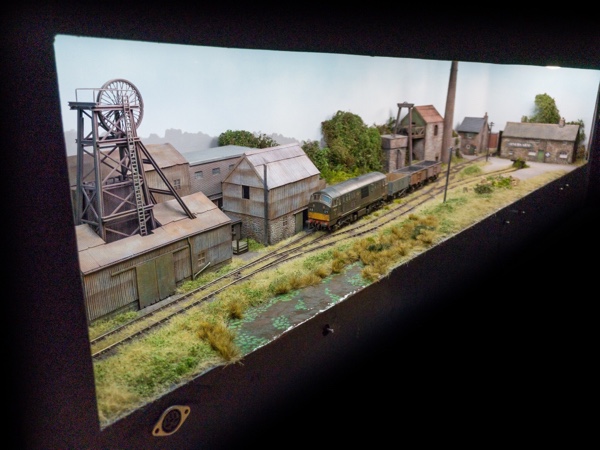 I need to make more tress mostly, the collieries in the Forest of Dean really merged with nature. Last night I did the pond/bog in the foreground. I'm hoping Saffy the cat hasn't been on it overnight, it's a bit sticky with a thin layer of gloss. I also need ferns, dozens and dozens of them. 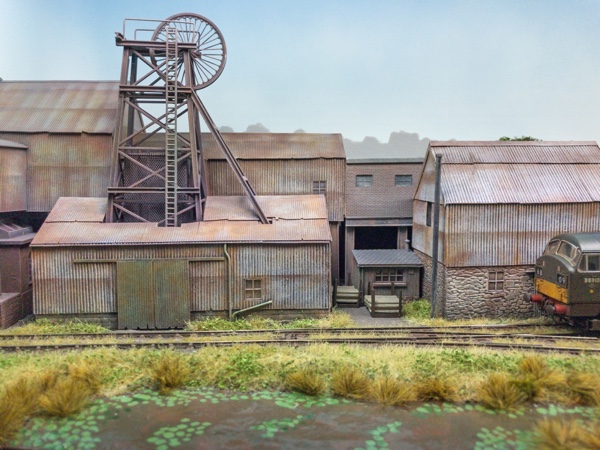 I've 6 or so weeks to go to the exhibition debut at The Warminster Expo on Saturday 17 June, so hopefully plenty of time to add lots of detail. I'll be next to Paul Marshall Potter of Albion Yard fame with his delightful 'Shelfie', so expect us to form the naughty corner. 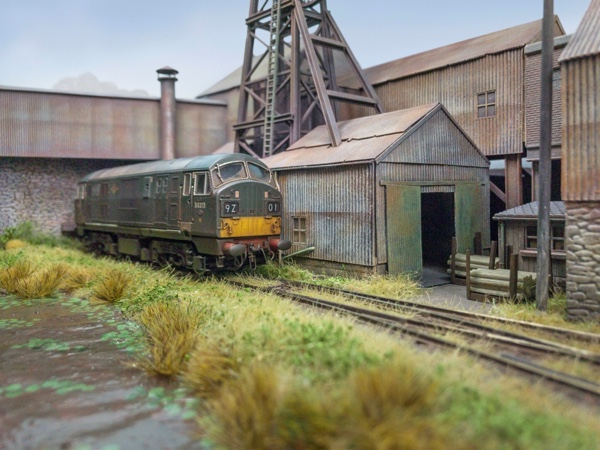 Posted by Chris Nevard Model Railways at 7:48 am 4 comments: 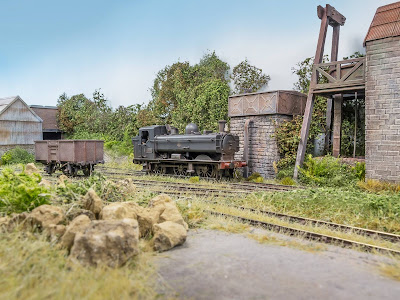 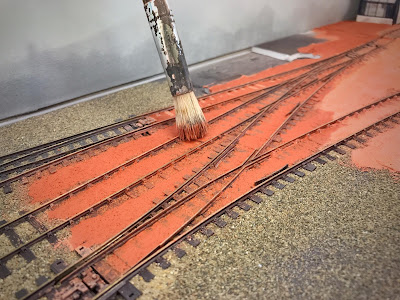 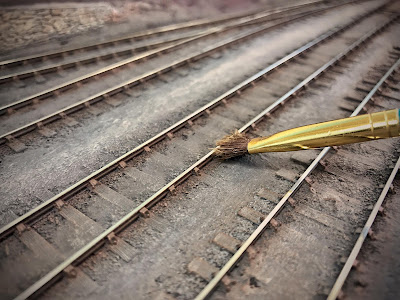 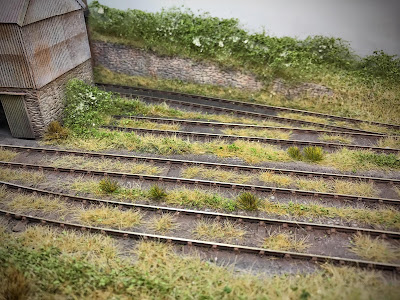 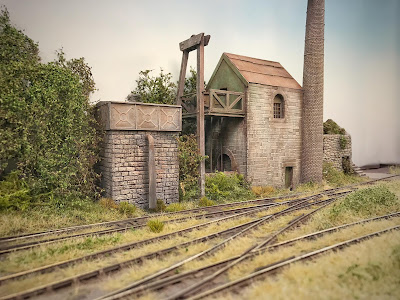 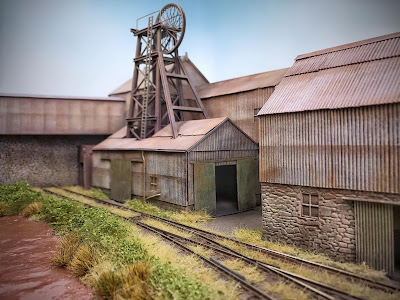