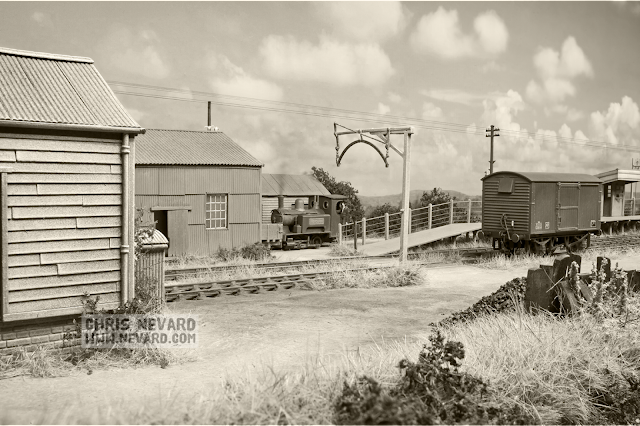 The tiny engine was recently rescued from a waterworks somewhere near ‘that there London’. It’s to be used on enthusiast trains at the weekend on a former narrow gauge peat extraction railway that served Catcott Halt until recently.

The line is rather spongy due to it running across the bog that makes up much a the Somerset Levels, so the former peat tramway trucks, now repurposed at open passenger trucks, have signs telling over-excited enthusiasts not to rock the train. They’re also given a safety briefing, should the train derail and they fall in to the bog and potentially get sucked under. Instructions are simple, ‘spread arms and legs wide, stop shouting ‘mother’, cut the gibberish about your loco spotting finds at Bristol Temple Meads last weekend, and finally keep still, because it’s unlikely anyone will be along to rescue you’.

We were tougher back then.

Posted by Chris Nevard Model Railways at 9:18 am