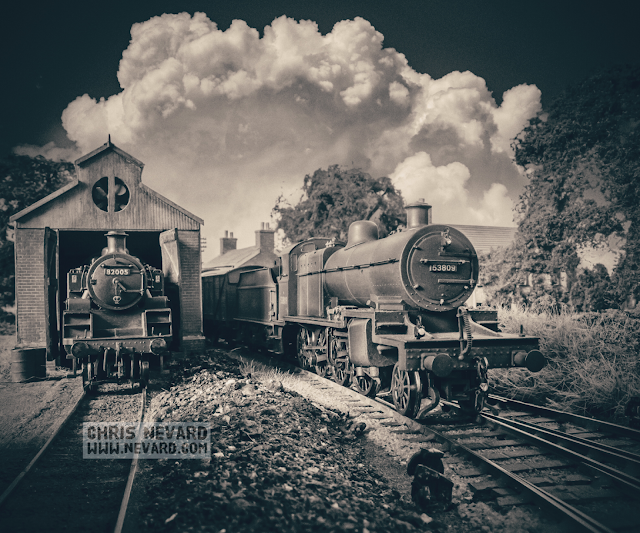 Monochrome Monday. The morning goods passes Combwich shed shortly after what would appear to be the demise one one of the many booze production facilities that have appeared since the county of Somerset became an independent tax free principality.

Either that or atom bomb testing over the Quantock Hills, a regular occurrence in the 1950s allegedly, so some bloke called Brian claiming to be the love child of the ghost of King Arthur dressed in a tutu and green wellies told me during particular boozy evening in a Glastonbury pub a few years ago..

If you enjoy these snippets of nonsense, you can buy me a beer at www.buymeacoffee.com/Nevardmedi3

Posted by Chris Nevard Model Railways at 9:08 am