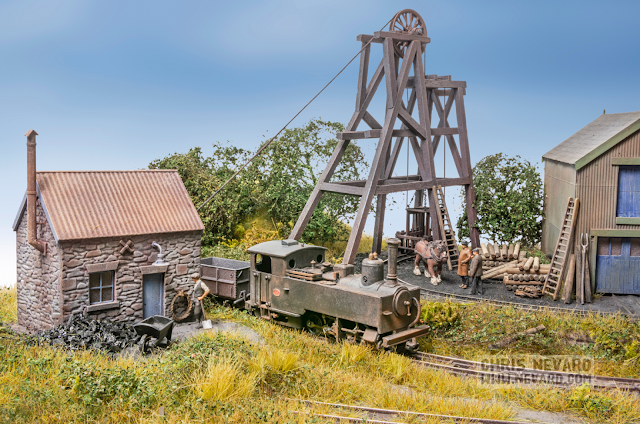 Wednesday morning at Moorewood Colliery. Doug has accidentally locked himself out of the engine winding house again. It never used to be locked, but since moonshine is stored in there, management decided to put a lock on the door and one of those slow operating spring loaded lever arm things. Doug forget to put the wooden wedge under the door to stop it from closing.
Meanwhile to the right, Hubert the conversational Latin speaking horse is giving Barry Bullhead and Clive one of their daily Latin lessons before collecting the latest tranche of coal. Such a clever horse.
You can support these posts here. www.buymeacoffee.com/Nevardmedi3
Posted by Chris Nevard Model Railways at 8:42 am