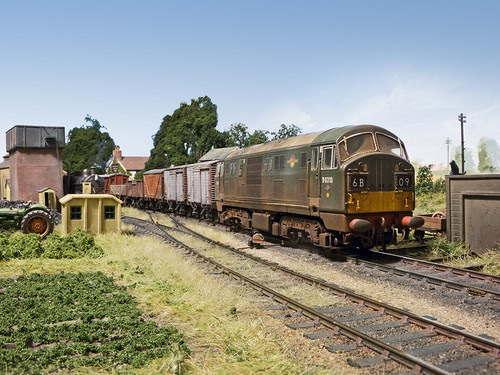 Nearly all the photos of this class of loco show them in a right old state, even though they were fairly new. My depiction here, shortly after its initial weathering shows faded paintwork and a liberal coating of brake block dust. This is only the first stage, weathering for me taking 2 or 3 sessions, adding and removing the effect until I'm happy with the result, though probably more removal in this case. There is much standing back and appraising what's going on, the camera being a very useful tool in the process and far better at picking faults than the naked eye.
Posted by Chris Nevard Model Railways at 9:32 pm