The Austrian with the English Accent 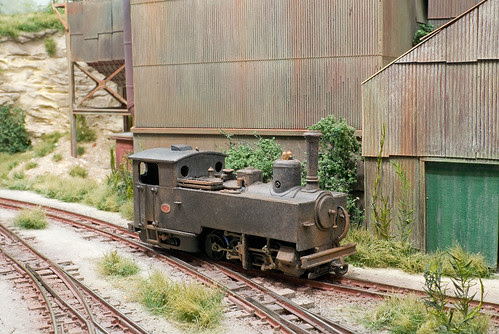 071012_arnewharf_zil_DSC9169_web, originally uploaded by nevardmedia.
This conversion has been loitering within the depths of my website for some time; I however thought it worth elevating to my BLOG - if only for the fact that I haven't posted anything for a couple of days! Here goes.....

Having thoroughly enjoyed a feature in an old 009 Society newsletter on how to anglicise the Bachmann Liliput HO Zillertal Bahn 2-6-2, it reminded me that I had one of these locomotives hidden in the garage collecting dust. It was from one of those spur of the moment purchases a couple of years before, probably because I feared it was going out of production. 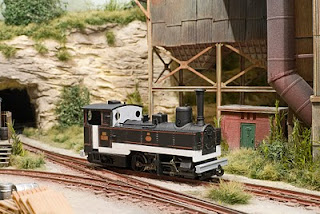 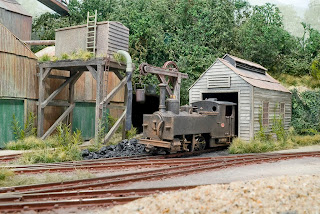 The loco, after a good couple of hours running round and round Arne Wharf it runs beautifully. The only problem is that due to the large overhang and my tight curves, non-bogie stock, irrespective of which way around the loco is facing, tends to get pulled off the rails on the bends so it's likely to only be seen on passenger trains for the time being.
Whilst I’m not sure it looks totally British in style, it maybe could pass as something UK built for export to the colonies. My story is that it came back from war torn France after the Great War.

Email ThisBlogThis!Share to TwitterShare to FacebookShare to Pinterest
Labels: zillertalbahn