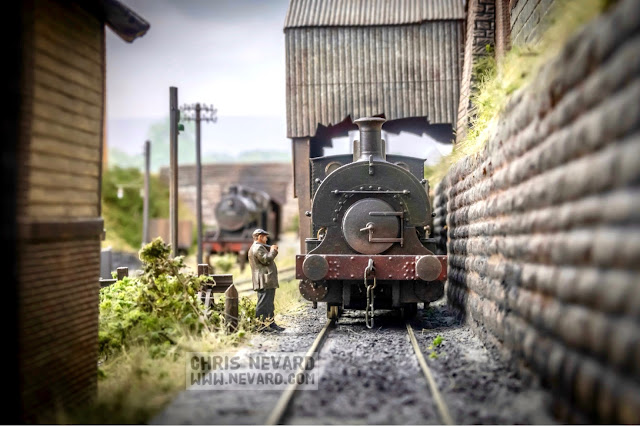 It’s #frontendfriday again folks. Harry the Hammer, loves his small lump hammer. He uses it for everything, including breaking eggshells on raw and hard boiled eggs. After adjusting the aperture of the colliery screen behind the loco to allow taller engines through, his focus it now the engine. For years he’s pondered on reworking the front of the colliery Peckett to make it look like a streamlined A4 pacific express loco. Just a few taps is all it will need….
Posted by Chris Nevard Model Railways at 8:04 am