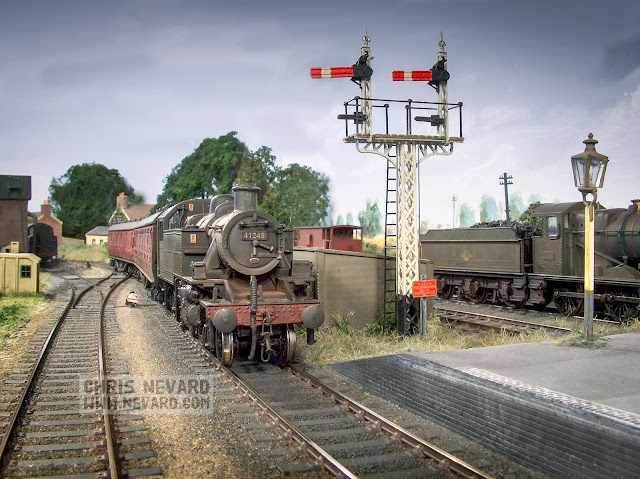 It’s Tuesday morning at Combwich as the 8.35am from Evercreech Junction via Highbridge arrives. 3206 can be seen to the right shunting the yard.

This early digital photograph dates from around 2003 and was taken on an HP Photosmart 945, which at the smallest aperture gave the most incredible depth of field. When the camera was released 19 years ago, it was cutting edge, with what was then a whopping 5.3 million pixels. It lasted to around 2007 before making a strange pop and expiring. It most likely now graces exported landfill somewhere in Asia after futile attempts to fix it.

Posted by Chris Nevard Model Railways at 8:42 am