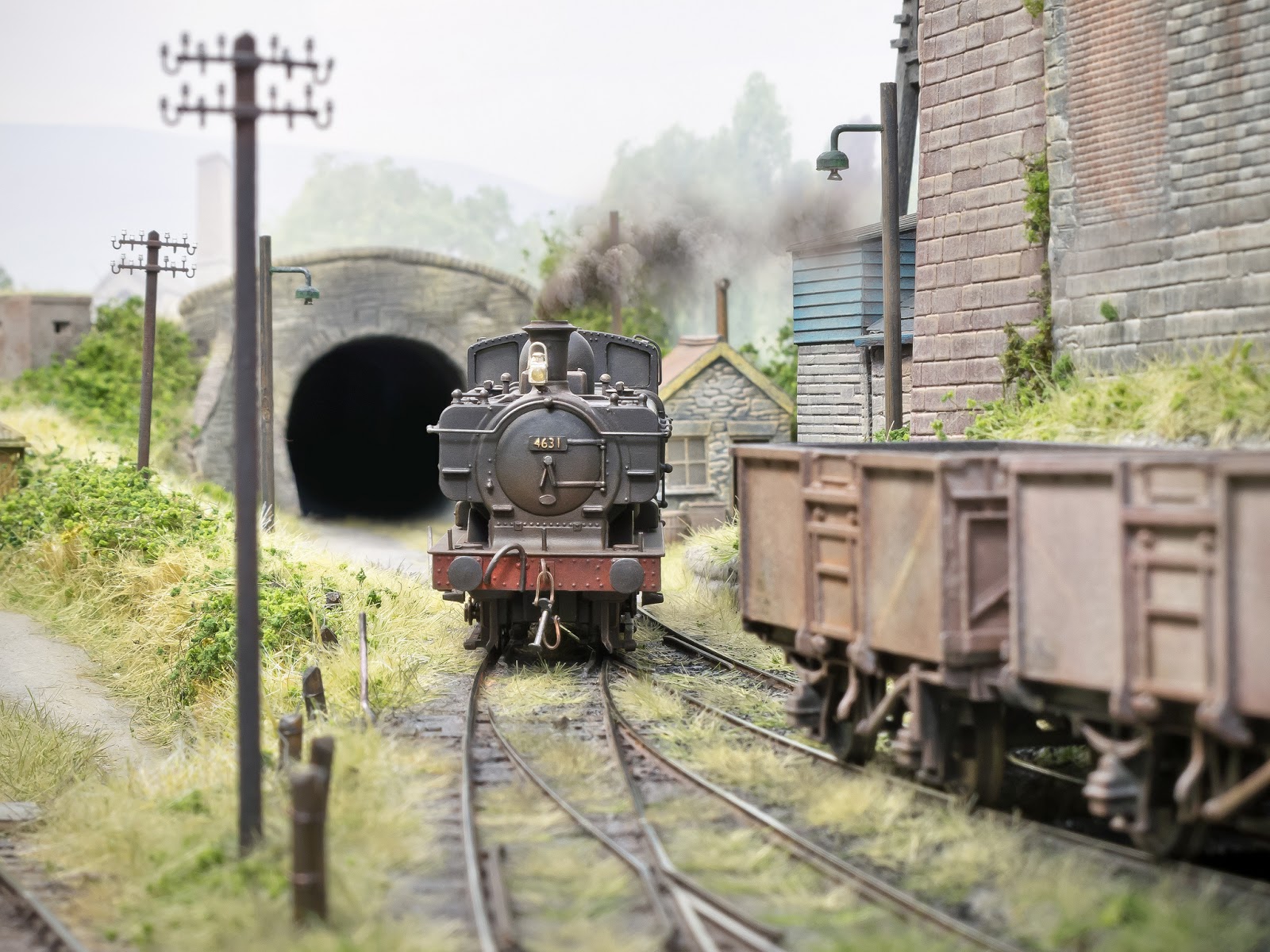 Templecombe's ex-GWR Pannier tank No. 4631 is captured near the colliery weighbridge through a long lens in 1961. Until 1833 this area used to be a canal basin, it was later drained and laid as a 2ft 8 inch gauge dramway, and the canal tunnel seen in the background could be used for railway purposes.

In later years when the GWR (Binegar, Nettlebridge Holcombe and Vobster Light Railway) came though 20 or so feet lower than the colliery railway on the right, the whole location was transformed which included replacing the narrow gauge with the British standard gauge of 4ft 1 inch. There were rumours that some silly gauge of 4ft 8 an a half might be adopted, this never happened of course.

Posted by Chris Nevard Model Railways at 8:12 am