Ready for the road...

Yesterday afternoon was spent sorting out Polbrook Gurney Colliery for its trip up to Rochdale, for what will be its most northerly trip so far.
I tend to only do shows that are fairly close, not being a huge fan of Britain's weekend roads with all the overcrowding problems they bring, as support stocking beige Rover driver meets white Audi Coupe and Lithuanian artic driver together in a three way punch up bringing the inevitable motorway closure. I guess I'll have to leave lots of time. And when I am stuck for 8 hours, I'll have packed a small guitar or ukulele and songbook to practice some songs for next week's open mic down the local.
I've set the layout up to check it all over, having not run it in earnest for well over a year, the play aspect of toy trains doesn't really interest me. A weekend operating a layout usually satisfies that lesser need for another year! Others are different I know, but for me it's the creation rather than operation. So if any reader here pass by and want to operate the layout for a spell, you are very welcome, be warned though, I might vanish for a pint and leave you for several hours.
Rochdale Model Railway Exhibition
The Coach House, Lodge Street, Littleborough, Lancashire OL15 9AE 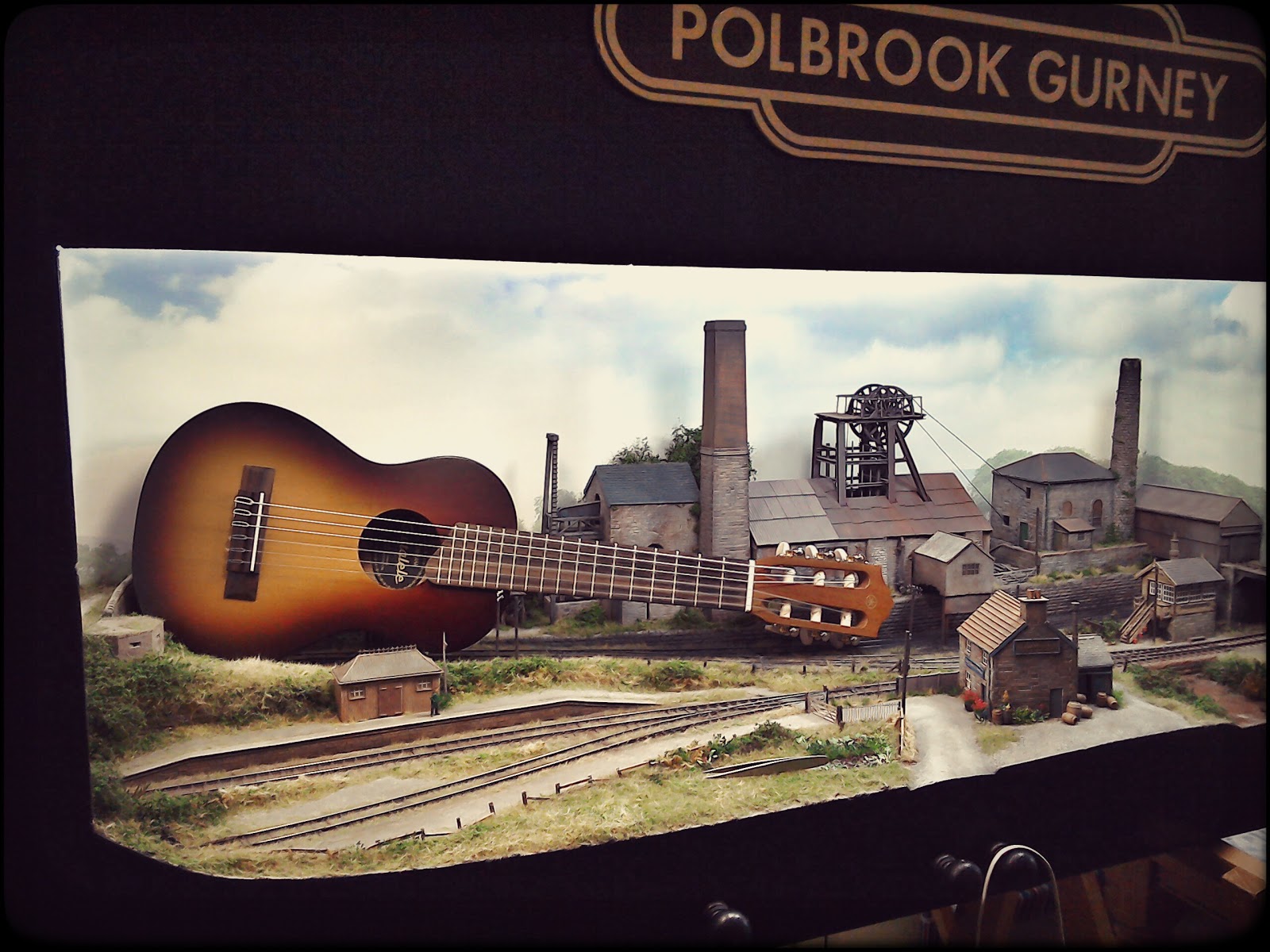 Posted by Chris Nevard Model Railways at 7:40 am